Hazelnuts have been consumed by humans for thousands of years.

I am currently on the Island of Mull in the Hebrides. On the nearby island of Colonsay evidence suggests that local residents were consuming large amounts of the nut in 7000BC.

The Hebrides can often feel very far from civilisation so the fact that people living here enjoyed this tasty snack several millennia before the Babylonian Empire existed blows my mind just a little bit.

Anyway, while we Hebrideans might have harvested the nut from our trees back then, the undisputed champion of hazelnut production today is Turkey, which produced 660,000 tonnes of the nut in 2012.

That weight equates to this massive vessel if it were fully loaded. The Seawise Giant is the largest man-made mobile object ever built by the way. That’s a lot of hazelnuts.

Anyway, enough of that. I’m craving a martini. 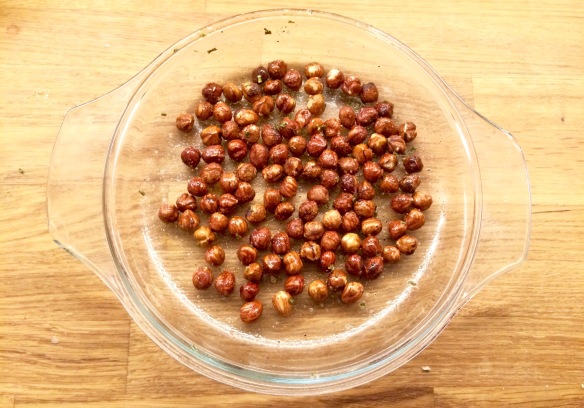 If you have some hazelnuts to spare and you fancy a tasty treat, put some in a heatproof dish.

Drizzle them in a little oil, sprinkle over some salt and maybe some pepper and/or herbs, then roast them in a pre-heated oven for about 10-15 minutes, depending on the heat. Essentially you want to toast them, not burn them. If they seem slightly soft when you remove them from the oven they will probably harden to a nice crunchy texture as they cool.

You could serve them like that as a snack. Once they’re cooler they make a luxurious, warm, salty, crunchy and slightly fatty accompaniment to an ice cold martini.

Alternatively, you could go one step further and make something from across the Mediterranean from Turkey: Egyptian Duqqah. 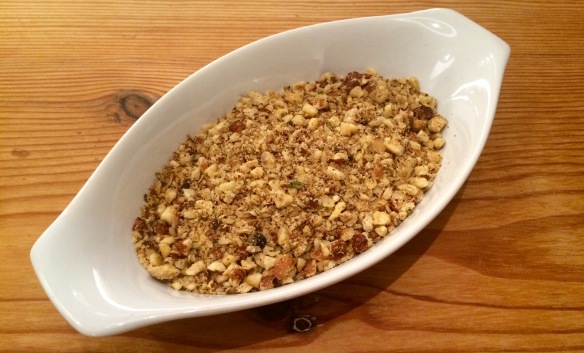 Grind it down, season it.

Then serve it with bread, good quality oil and maybe some balsamic vinegar.

Dip the bread in the oil then coat it in the duqqah with one hand while you sip your martini with the other.

This is simple and delicious. You can also mix the duqqah with other ingredients such as pepper, ground chickpeas and other ground nuts if you like.

There was an error retrieving images from Instagram. An attempt will be remade in a few minutes.